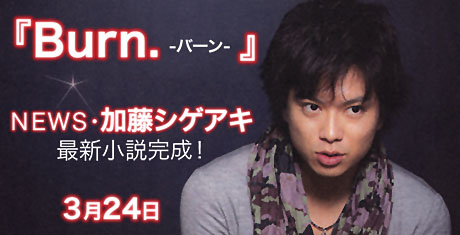 It was announced this week that Shige's 3rd novel, again set in Shibuya, will be released on March 24.

The official site can be found at www.kadokawa.co.jp/burn/.

A run down of the details on the official site can be here, translated thanks to

2104 is already starting out with plenty for Shige to do with his drama filming running on into the promotion for his new novel.
+
Tags: burn, official news, shige
Subscribe