TBS has announced today, March 16, that KoyaShige’s late night variety show, NEWS na Futari, will become a regular show from Friday April 22. It will screen from 12:50 - 1:20 am. 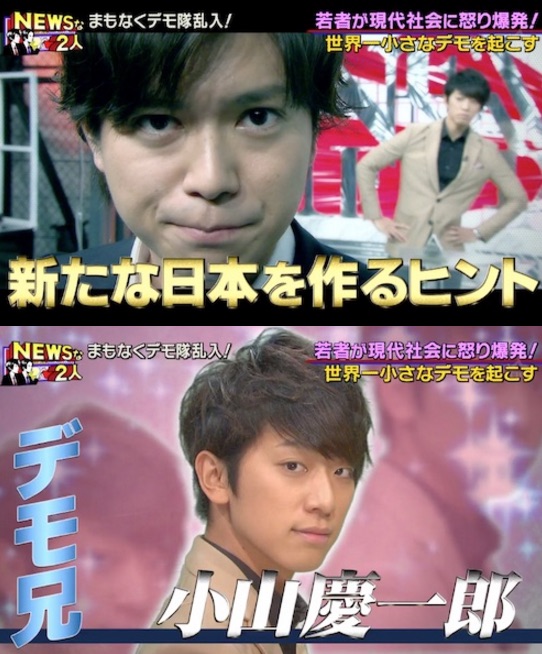 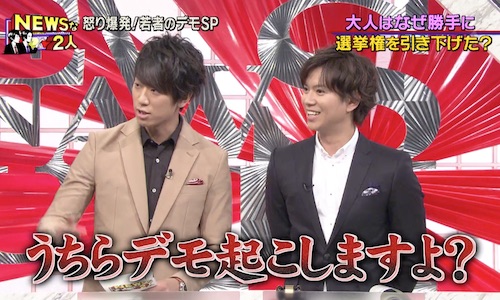 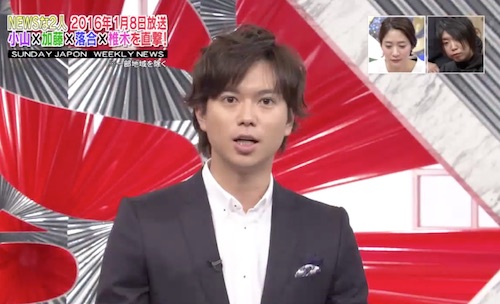 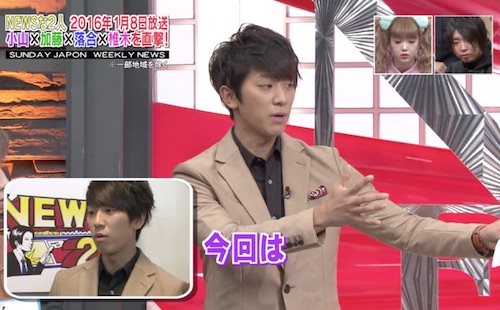 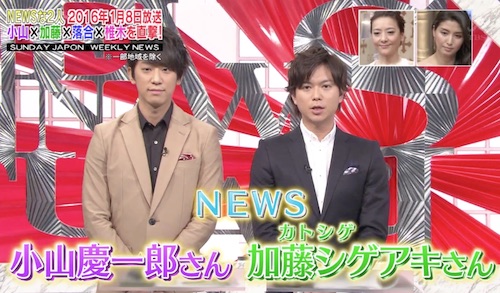 They will return as the “intelli-johnnys” facing the problems of young people who have anger and issues about life in Japan. This follows on from the “demo” (protest) theme of the last time NEWS na Futari screened.

Koyama commented that as it has now been 15 years since he and Shige met and became friends, he hopes to show some of that long time relationship. Shige commented that as a newscaster and a novelist, he wants to create something that can only be done by the two of them.

They are also hoping to surprise fans with a different view of KoyaShige. The plan for the show is to have KoyaShige taking different roles described in the official press release as toxic/poison Shige and medicine Koyama. So more loosely translated, Shige will see the down side and Koyama the up side.

Most of the characters in Shige’s novels are weird gloomy, and depressed and this will mirror his MC character. Koyama on the other hand will be a neutralising force, counteracting the negativity as they interact with the young adults in the audience sharing their grievances.

Congratulations to KoyaShige -- 2 new TV shows and a national concert tour on top of their already busy schedules.